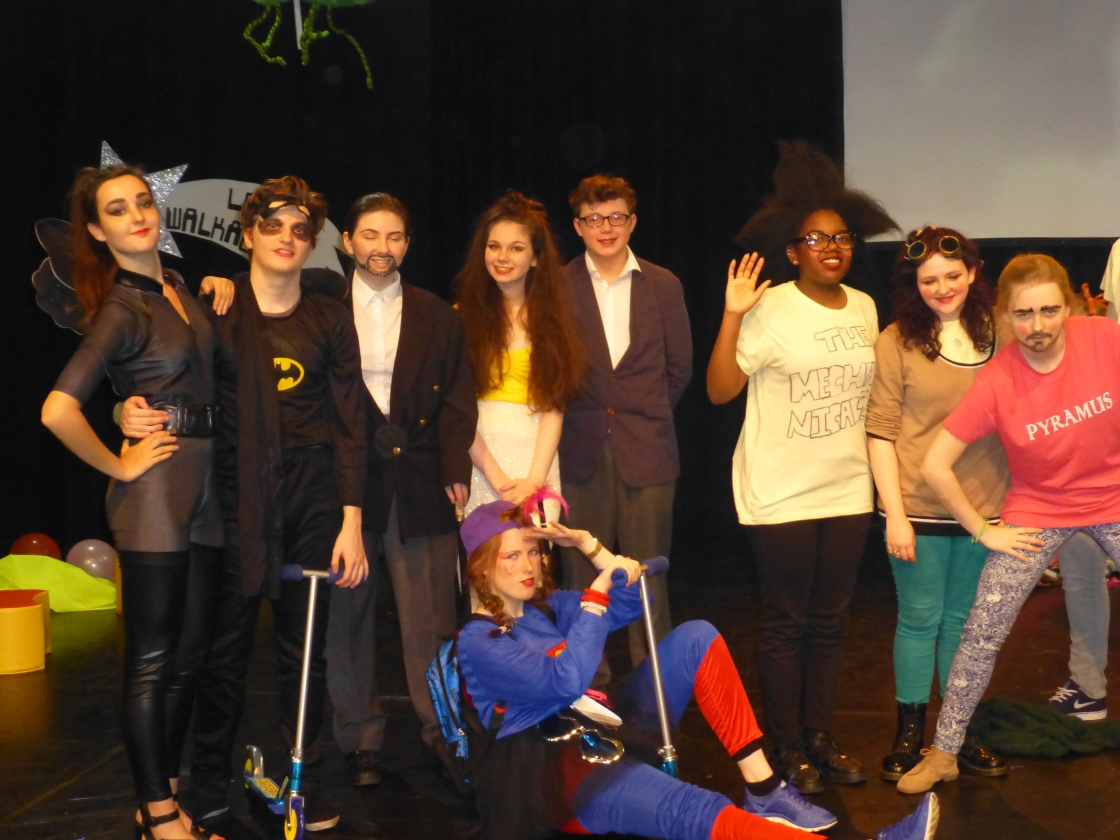 The Lowry has embarked on commissioning a series of new plays specifically for its Young Actors company, in a series called “Its Dark Outside: Grim tales from Up North”, giving traditional stories and classical plays a modern, Salford-based twist.

On Monday 23 and Tuesday 24 June The Lowry premiered an exciting new theatre production based on A Midsummer’s Night Dream .This familiar classic begins with two young girls dressing up to play a game of make believe. From this we enter the world of childhood, imaginative play and super heroes. A comic book style animation tells the original story in a simple and accessible way and sets the scene for the Salford version.

Writer and Director Tara Daniels has been working in the industry for 20 years and has stuck to her home ground of Greater Manchester. “Working with such young and talented individuals has been a joy and a pleasure. The company grasped my concept and made me very proud”. Tara stated.

Tara created a new version of a Shakespeare classic with a modern twist on language, great energy and with a very talented cast.

The next play in the series is William Golding’s Lord of the Flies which runs from Wednesday 9 to Saturday 12 July and is directed by awarded winning Director and actor Reuben Johnson.