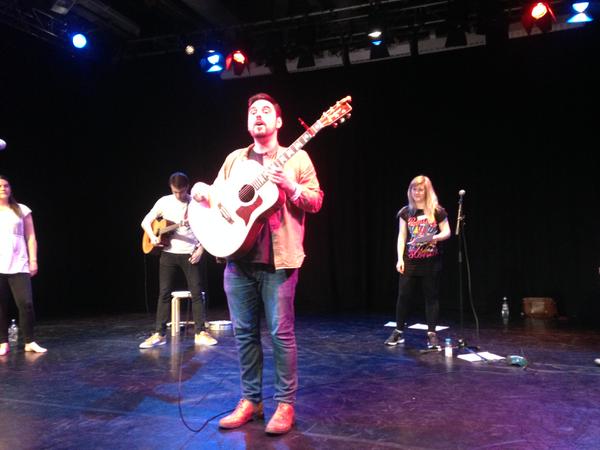 We were recently treated to a sneak preview at new and developing work from some of The Lowry’s Associate, Developed With and Studio Artists at The Studio Showcase.

This annual event was a jam-packed afternoon of performances. Some script-in-hand, some tour-ready and some were introductions or pitches to ideas to come. The studio showcase was exciting opportunity to find out more about some of the performances that are coming to The Studio in future, and to get to know a bit more about the companies that we work with on a regular basis.

The Lowry has had a major impact upon cultural life in the Manchester area. It has become a practical demonstration that audiences in the north west have a real appetite for quality drama and comedy and are fed up with being fobbed off with tatty musicals and pantos. Since it opened companies that would never have travelled past Watford have been rushing to the north.

If anything The Lowry’s impact upon the more intimate style of theatre in the area is even greater. The Lowry’s Studio presents challenging shows from touring companies and brand new productions created through the ‘Developed with The Lowry’ and Associate Artist Programmes. The former offers a package of financial and technical support, rehearsal space, mentorship and development activities to help artists hone their craft.

The Letter Room are based in the North East and one of The Lowry’s ‘Developed With’ companies. At the time of The Studio Showcase they were here on a Research and Development week, which is one of the ways in which they will be supported on the Developed With scheme. At The Studio Showcase they introduced us to the beginnings of their show ‘Five Feet in Front’ which will come to The Studio at The Lowry Thu 25 June & Fri 26 June.

A showcase like this provides the artists and companies involved with the opportunity to share their work and ideas with an audience who can provide critical feedback, and the chance to get future bookings at other venues. We look forward to seeing them all again when their performances are ready to hit the stage.

Ben Duke on the temporary loss of theatre…