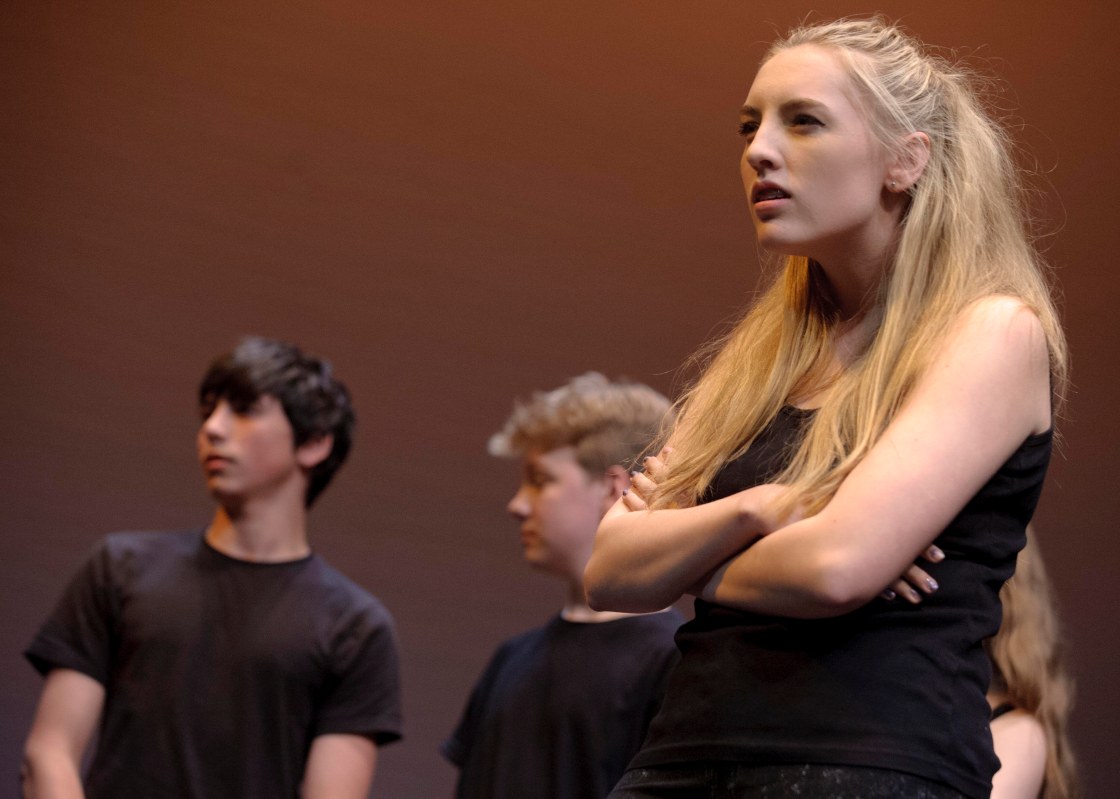 A weekend of Shakespearean comedy in The Lowry Studio as The Lowry’s Young Actors perform in free sharing event. (Fri 24 – Sat 25 July.)

Manchester Theatre Award Winning Lowry’s Young Actors Company (LYAC) will present modern day adaptions of two Shakespearean classics Much Ado and Pericles in The Lowry’s Studio. (For those of us catching up on our Shakespeare here’s some shameless links to Wikipedia on Much a Do about Nothing and Pericles, Prince of Tyre)

Directed by Reuben Johnson and Tara Daniels the Young Actors have been working on the performance for 12 weeks.

Pericles’ lead male will be played by a female, something LYAC were keen to explore, defining gender roles within theatre and sharing events like these are crucial to a young performers career.

This end-of-year sharing will be a celebration of comic performance and a fresh take on one of the most preeminent dramatists in the English Language. LYAC are our only resident young actors company who work with renowned directors to produce new and exciting work at The Lowry.

Performances are on Friday 24 July at 8pm and Saturday 25 July at 7pm. Both performances are FREE but they will be ticketed and need to be booked via Box Office on 0843 208 6000.

After the performance LYAC will break for the summer. If you would like to get involved with LYAC auditions will be held in September to become a part of the company.