As one of my many showbiz adventures as Media Relations Executive at The Lowry, I headed-off to Salford’s beautiful Ordsall Hall for a dash of Donizetti with a difference from our partner company Opera North, who are performing at The Lowry now. 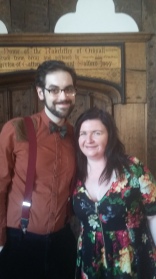 A Grade 1 listed Tudor manor house in Salford may at first seem an unusual place for the amazing performers of Opera North to flex their vocal chords, but then again possibly not…

Opera North are reviving a piece of the Salford landmark’s history. Although this special condensed, comic performance of of L’elisir d’amore was the first opera to be performed at Ordsall Hall in our lifetimes, it is thought opera performances may have been a common occurrence at the manor over 200 years ago.

“We have no records to prove if Donizetti operas were ever performed at Ordsall, but as the most regularly performed work of one of the most popular composers of the 19th Century it is extremely likely that ‘L’elisir d’amore’ is making a return, not a first appearance at the Hall.”

So the setting may not have been that unconventional, but the performance definitely was. The thirty minute piece was designed as a light-hearted, bitesize introduction to opera for those of any age who might feel a little intimidated by the classical art form. 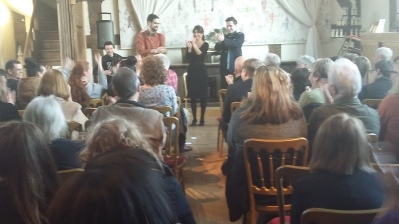 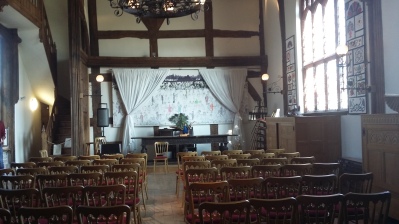 The adaptation of Donizetti’s Elixir of Love, was created by Opera North performer John Savournin – who also played the role of Dr Dulcamara’in the production. In the first five minutes there had been lots of dialogue (proper talking, not ‘sing–talking’) in the performers’ own accents, mentions of well-known areas of Manchester and some audience participation. So far…so not opera! But the ‘full house’ at Ordsall Hall was definitely enjoying the comedy and energetic antics on stage.

When Opera North did burst into song, the audience – who ranged from local school pupils to retired couples – were visibly swept-away with the power of the performers’ voices as they rattled the windows of Ordsall Hall.

The adapted version of Elixir of Love, performed by three stars of Opera North, went like this:

Nemorino (played by tenor Alex Banfield) is besotted with Adina, the most beautiful girl in the town (played by soprano Daisy Brown). The gullible Nemorino enlists the help of smooth-talking, rascally match-maker, miracle worker and magician Dr Dulcamara (played by John Savournin). Dr Dulcamara promises him “a dream that works by magic, bringing passion in a glass” – the Elixir of Love.

Opera North are taking these ‘whistle-stop’, ‘pop-up’ performances to various unexpected locations around the country to get people from all walks of life excited about opera.

The audience at Ordsall Hall definitely enjoyed it, with some asking the performers whether they had any other similar shows planned in Manchester in the future. Let’s hope so!

Opera North are performing at The Lowry until Saturday 19 March. 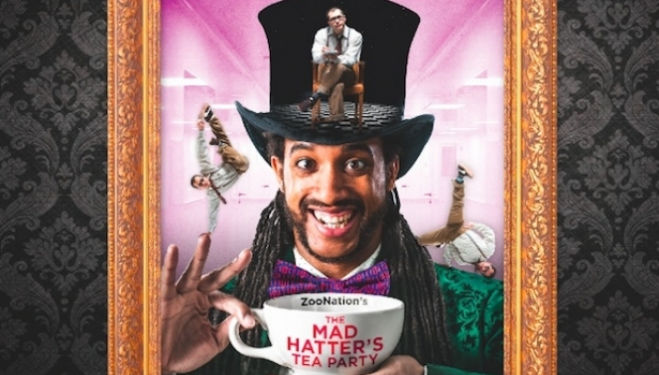 Makaton – Julian is a Mermaid