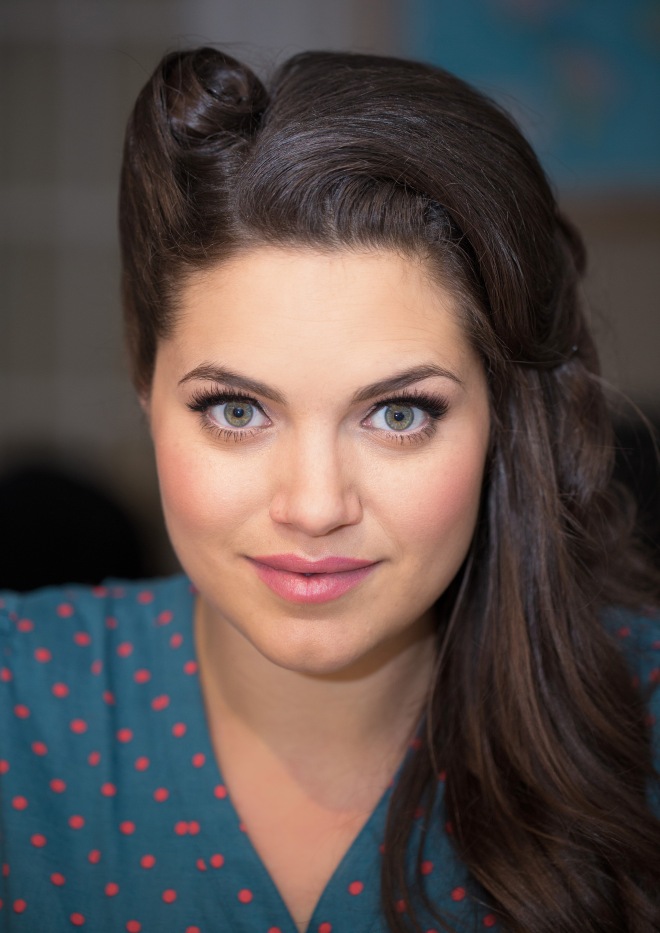 My name is Christabel and I am one fifth of Colour The Clouds. I’m Creative Producer and Resident Artist and I was originally supposed to perform in our upcoming Christmas show ‘The Extraordinary Tale of Holly Christmas’ premiering at The Lowry. However, seeing as I am due on New Years Day and the show runs until New Years Eve, we thought it was wise to find someone who is less likely to turn our Christmas show into a real life nativity scene!

I feel very lucky to be part of such a supportive team who are all excited to welcome a tiny, squashy new member into the Colour the Clouds family. My husband, Mark is Technical Director of Colour The Clouds and so with both of us potentially out of action at the end of December I was worried how this would impact the rest of the team and the smooth running of the show. I needn’t have worried though as Sarah, Catherine and Alyx have all been so brilliant and accommodating saying I can do as much or as little as I want, which is great because I plan to keep this baby cooking so I can be part of the fun for as long as possible!

We’re associate artists at The Lowry and ‘The Extraordinary Tale of Holly Christmas’ has been commissioned by the venue. We have already been through one round of development for the show with the five company directors and have another coming up where we will finalise the script, songs, music and technical elements before we begin rehearsals with the cast on Mon 27 November. I can’t wait to start rehearsals with the cast as they are four brand new members to the Colour The Clouds collective.

By the time rehearsals start I will be around one month from my due date and so I’ve been instructed to not get overexcited during rehearsals like I usually do. The team have prescribed mostly chair based activities!

As creative producer my favourite part of making a Colour The Clouds show is to come up with the big physical scenes. It’s great fun but hard work and in the past has involved me walking around with a chair on my head, covered in material whilst brandishing a bubble gun. Isn’t my job the best? I think I will find it difficult to not get stuck in with the physical elements this time. we make by doing and so I will have to adapt the way I work so I’m looking after myself and the baby.

Although this will be mine and Marks first baby, the new arrival will bring the grand total of Colour The Clouds’ children to seven! Sarah and Catherine are incredibly inspiring working Mum’s who have strived to carve a career doing something they love that fits around their children. Which is difficult in the current climate. They created Colour The Clouds in 2013 and they have worked monstrously hard to not only make incredible original work for families but also to create a company in which we can be paid to do what we love and make our own rules.

I know I am very lucky to be able to work for a company that works around me and my life decisions. I don’t know of any other job where I could have this freedom and security, and the added bonus is once the baby arrives I can take them along to rehearsals, the perfect guinea pig for our early years work!

I can safely say I am entering motherhood with the support of three brilliant supportive friends and one fantastic feminist husband who just all happen to be my colleagues. I couldn’t wish for more.

‘The Extraordinary Tales of Holly Christmas’ is commissioned by The Lowry and premieres at the Salford venue Wed 20 – Sun 24 December & Wed 27 – Sun 31 December. For more information visit the website or call box office on 0843 208 6000.

Originally from Chester, Christabel moved to Salford in 2007 to study Performing Arts at The University of Salford. Alongside various acting roles she also worked for Manchester International Festival. She performed in Colour The Clouds first show, ‘Billy, The Monster and ME!’ and has since appeared in the company’s productions of Maggie and the Song of the Sea and Aleena’s Garden. Christabel was brought on board as a permanent member of Colour The Clouds in 2013 and has since become one of five Company Directors and acts as Creative Producer and Resident Artist. She is incredibly proud of the work Colour The Clouds has produced and is excited to be part of such an exciting new company.