In Agatha Christie there’s always a mystery to be solved, isn’t there? In her stories and plays, somebody is done away with and the task – which usually falls to a sleuth – is to work out whodunit. In Love From a Stranger many of the familiar elements of a Christie mystery are absent, which makes it all the most mystifying. So, it will be a different experience for audiences enjoying a touring production of the play.

The play initially seems to be a drawing room comedy featuring that reliable staple, a meddling spinster aunt. Two young women have won a huge sum in the sweepstake. Mavis plans to travel, while Cecily is finally free to marry her slightly dull fiancé, who is expected back from his administrative job in the Sudan. So, they are letting their flat.

But then a strange man, introducing himself as Bruce Lovell, comes to inspect it. Cecily instantly falls for him, the fiancé is swiftly ditched, and by the next scene Cecily and Bruce are man and wife and settling in a remote corner of the countryside. The rest of the play is occupied by one overarching question: how much of a mistake will the marriage turn out to be? 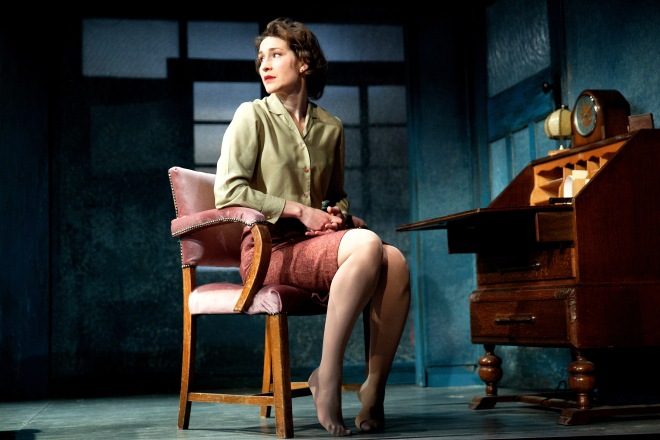 Lucy Bailey, the theatre director who has had many successes with the Royal Shakespeare Company and Shakespeare’s Globe, had not heard of the play when she was first approached by the theatrical production company Fiery Angel about staging something by Agatha Christie. They offered her a couple of options. “What attracted me was the dark undercurrents and how relevant it is, how we don’t know people and what erotic addiction and compulsion blinds us in our lives. The successful liar is what’s so fascinating to Christie. The story could happen any time. We are updating it to the late fifties, but it could be set now. People go with their lovers to isolated places to have a romance. It absolutely is current.”

The play actually started out as a short story. “Philomel Cottage” was published in 1934 as part of the collection The Listerdale Mystery. Agatha Christie wrote a theatre adaptation which was not performed and then Frank Vosper, a rising star of the stage and screen, spied a great lead role for himself and worked up a sharper version. It was a hit in the West End in 1936, then had a shorter run in New York. Alas, on the ocean liner home in March 1937, Vosper contrived one night to topple through a porthole and drown in the Atlantic. An open verdict was returned at the inquest.

While sundry radio and film versions followed, Love From a Stranger has rather fallen into obscurity. If you discount the remarkable endurance record of The Mousetrap, for a long time the same has been true of Christie’s standing as a dramatist. Then last year Lucy Bailey had a breakthrough. Her production of Witness for the Prosecution opened in the atmospheric setting of the London County Hall chamber. Hailed by critics, her site-specific staging is still luring rapt audiences to the south bank of the Thames.

“What Lucy has done with Witness has opened up the eyes of the theatre world,” says James Prichard, the author’s great grandson who remembers his great grandmother as a kindly old woman who died when he was still in short trousers. He took over the running of Agatha Christie Ltd from his father Mathew in 2015. “There is now an air of confidence that modern audiences will enjoy these brilliant productions,” he continues. “Five years ago all you heard about was Sherlock and we were saying, ‘What do we have to do?’ Agatha Christie is having a moment and the respect for her work is coming back in a way I don’t think I’ve experienced. I’ve spent quite a lot of my lifetime apologising for her. But there is a reappraisal.”

That reappraisal has been driven by some starry television adaptations over the last few years: the BBC’s Christmas adaptations of And Then There Were None and Witness for the Prosecution, and soon on our screens, a new adaptation of Ordeal By Innocence. And then there was the stellar new film version of Murder on the Orient Express, directed by and starring an elaborately moustachioed Kenneth Branagh. They looked very different from all those Poirot dramas starring David Suchet.

“The Poirot series was an extraordinary thing for 20, 25 years,” says Prichard. “But what the end of that and the Marple series allowed us to do was try something else.” Not everything has worked. In 2015 audiences didn’t take to the BBC’s rather too perky Partners in Crime series starring David Walliams and Jessica Raine.

Love From a Stranger comes from the other end of the spectrum. To research it, and find her way around the labyrinth of psychopathy, Lucy Bailey immersed herself in the grizzliest literature and the most gruesome films and TV dramas. “The way Agatha Christie explores the mind of someone who has the capacity to deceive is truly exciting,” she says. “She must have done so much reading about it. I don’t know how she did it.” 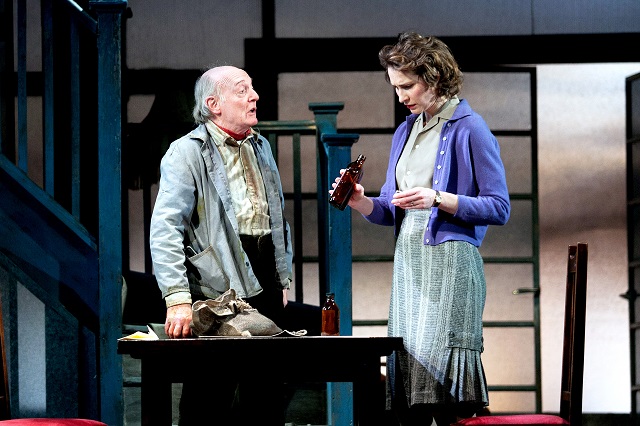 So how did she do it? “She was incredibly interested in people,” says James Prichard. “If she was in a restaurant she would be listening to every conversation around her. She has an incredibly unfair reputation for creating cardboard cut-out characters. She realised what makes people tick. She explored it to the extremes. In her view all of us could really be a murderer. What she’s exploring is what tips people to that point.

“I refer to her as a genius because I think she was one. We’ve got recordings of her dictating the books. It’s like an audiobook. She could speak these books fully formed from her head without pausing, without making mistakes.”

In other words, she was the Mozart of murder. But with this gripping drama she keeps audiences guessing. Bailey’s prediction is that “audiences go to the pub talking about it.” Love From a Stranger is not a whodunit, but a whodunwhat.

Love From A Stranger runs at The Lowry from 10-14 July. Tickets available here.